is bracing for a showdown with at the G20 summit over the French fishing row.

The PM and Mr Macron are due to come face-to-face in Rome later as the bitter dispute risks escalating even further.

In a round of broadcast interviews this morning, Mr Johnson warned that the UK could trigger legal repercussions in the post-Brexit trade agreement as soon as next week.

But the chief of Calais port insisted this morning that Britain faces ‘disaster’ if Mr Macron follows through on a threat to block British trawlers from French ports.

In the latest stoking of the row, French PM Jean Castex has written to European Commission president Ursula von der Leyen seeking backing for a new hardline stance against the UK.

Paris has so far threatened to increase checks on British boats, to initiate a ‘go-slow’ strategy with Calais customs arrangements, stop UK fishing vessels from landing in French ports and to increase tariffs on energy bills in Jersey.

They are demanding that Britain grants more licenses to French fishermen to access British waters.

Asked about the situation this morning, Mr Johnson said: ‘We are very keen to work with our friends and partners on all these issues.If another European country wants to break the TCA – the Trade and Co-operation agreement – then obviously we will have to take steps to protect UK interests.

Mr Johnson and Mr Macron are holding talks about the Iran nuclear programme along with Joe Biden and Angela Merkel in Rome this afternoon – and will meet one-on-one at the summit tomorrow.

The Cornelis Gert Jan was ordered to divert to Le Havre after French authorities said it did not have a licence.Pictured in the port today

Britain must be punished for Brexit to show other EU states that ‘leaving is more damaging than remaining’, France’s prime minister has said in a furious letter. In what is a further escalation of Britain’s ongoing row with it’s Channel neighbour over fishing rights, Jean Castex (pictured) wrote to European Commission president Ursula von der Leyen on Thursday in an attempt to get backing for a new hard line stance against the UK

The fishing row stepped up a gear yesterday after a UK trawler was detained by France amid fears the friction could spark a full-blown trade war.  The Cornelis Gert Jan was ordered to divert to Le Havre after French authorities said it did not have a licence.

The trawler’s boss claimed his vessel was being used as a ‘pawn’ in the fishing dispute and blasted the ‘politically motivated’ French.

President and chairman of the ports of Calais and Boulogne-sur-Mer, Jean-Marc Puissesseau, said the row and subsequent threats over fishing rights were ‘ridiculous’.

Speaking to BBC Radio 4’s Today programme, Mr Puissesseau said there would be ‘terrible’ consequences if France carried out its threat of blocking British trawlers from French ports over the decision to deny ‘only 40 little boats’ licences to fish in UK waters.

‘I think it is a ridiculous point and I hope that the British will find an agreement, a solution to get out of this point.’

He added: ‘For us in Calais, I think it is on Tuesday, we have to control more trucks getting out of our port and trucks coming from your country.

Mr Johnson has stressed that the Government will do ‘whatever is necessary’ to ensure that British fishing fleets can go about their ‘lawful’ busMercedes limousine from Paris, as one confirmed: ‘We are here to see the British nationals’

Speaking to reporters en route to the G20 summit in Rome tonight, Mr Johnson stressed that he did not believe Mr Macron himself – who is facing a presidential election battle next spring – was making threats.

Mr Johnson said: ‘France is one of our best oldest closest allies, friends and partners.

‘The ties that unite us and bind us together are far stronger than the turbulence that currently exists in the relationship.

‘That is what I will say to Emmanuel who is a friend I have known for many years.’

‘I don’t think Emmanuel shares that perspective personally at all.’

Mr Johnson said: ‘On the particular issues that we have, we are puzzled about what is going on. We fear that there may be a breach of the terms of the Trade and Cooperation Agreement implicit on what is happening and some of the things that are being said. We stand by to take the appropriate action.’

It comes after Environment Secretary George Eustice today urged France to drop its ‘unacceptable’ fishing row threats. Pictured: The crew appeared to be in high spirits onboard the scallop trawler this afternoon

Asked about claims France is ready to disrupt trade over Christmas in the dispute, Mr Johnson said: ‘We will do whatever is necessary to ensure UK interests. But I haven’t heard that from our French friends. I would be surprised if they adopted that approach.’

It comes after Lord Frost today warned Brussels that Britain will carry out ‘rigorous checks’ on all EU fishing boats in UK waters if  goes through with threats to block British vessels from French ports.

A rumbling row over post-Brexit fishing licences escalated this week as Paris threatened action if the UK does not grant permission to more French boats to work in British waters.

French ministers have said they could block British boats from ports and tighten checks on vessels if the UK does not give in by Tuesday next week.

Lord Frost, the Government’s chief, met with his EU counterpart Maros Sefcovic in today for talks on improving the Protocol.

But the fishing row was also brought up as Lord Frost set out his ‘concerns about the unjustified measures’ threatened by France.

Britain was last night preparing to retaliate after a UK trawler – the Cornelis Gert Jan (pictured right in in Le Havre, France, October 29, 2021) – was detained by France amid fears the fishing row could spark a full-blown trade war

The minister said if France goes ahead with its plans then the EU would be in breach of the Brexit deal and the UK would retaliate by rolling out tougher enforcement action in British waters.

The UK would also look to trigger formal ‘dispute settlement proceedings’ against the bloc.

A UK Government spokesman said after Friday’s meeting: ‘Lord Frost also set out to the Vice President our concerns about the unjustified measures announced by France earlier this week to disrupt UK fisheries and wider trade, to threaten energy supplies, and to block further cooperation between the UK and the EU, for example on the Horizon research programme.

‘Lord Frost made clear that, if these actions were implemented as planned on 2 November, they would put the European Union in breach of the Trade and Cooperation Agreement (TCA).

‘The Government is accordingly considering the possibility, in those circumstances, of launching dispute settlement proceedings under the TCA, and of other practical responses, including implementing rigorous enforcement processes and checks on EU fishing activity in UK territorial waters, within the terms of the TCA.’

A European Commission spokesman said after the meeting: ‘The Vice President encouraged the UK to intensify discussions with the European Commission and France in order to swiftly resolve the issue of pending fishing licences.All French vessels entitled to a licence should receive one.’

The focus of today’s meeting was on negotiations relating to improving post-Brexit border rules in Northern Ireland. 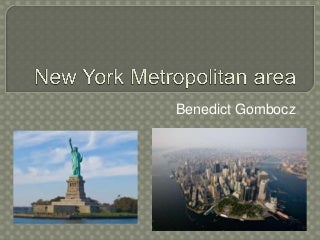 The UK said this week’s talks on the protocol had been ‘conducted in a constructive spirit’ but the ‘gaps between us remain substantial’ and more talks will take place in Brussels next week.

Britain must be punished for Brexit to show other EU states that ‘leaving is more damaging than remaining’, France’s prime minister has said in a furious letter